Sorry, this entry is only available in Dutch.

PhD trajectories in the Netherlands are internationally recognized as being of high quality. PhD publications are in both qualitative and quantitative terms highly ranked. Overall, PhD candidates play an important role in the  academic output of Dutch universities. They make up almost thirty percent of the total number of scientific staff of universities. In general, PhDs in the Netherlands are regarded as employees rather than students.

However, this employee status has came under pressure. The association of universities in The Netherlands (VSNU) and the Ministry of Education, Culture and Science increasingly regard PhDs as students rather than as employees. Consequently, they wanted to employ PhDs on bursaries instead of on employment terms. This implies that PhDs will not receive a salary anymore, but a bursary instead. Furthermore, they are not eligible for, for instance, unemployment benefits once their contract ends and (paid) maternity leave. Besides that, a desk and office within the university is at stake. In short, treating PhDs as students instead of seeing them as employees, has severe consequences for PhDs and are likely to make doing a PhD less attractive to talented students.

As a result of the above mentioned reasons, PNN is against a student status for PhDs. This viewpoint has been expressed by PNN in national media (see the list of press releases below), to members of Parliament and to the Dutch Ministry of Education.

As a consequence of the controversy that the bursary experiment caused within higher education, the former Minister of Education (Jet Bussemaker, PvdA) decided to stop with the implementation of ‘bursary-student-legislation’. She decided to start with experimental leglisation  to investigate the effect of so-called bursary PhDs on a small scale, before making her final decision. Despite the negative advice of the Council of State to continue with this. Given that a majority of the members of Parliament approved the experiment in 2015, a number of  universities is currently joining this experiment and employ PhD students. A condition for the introduction of this experiment was, among other things, that an interim evaluation would take place to prevent thee PhD students from being disadvantaged if the experiment turned out to be less positive.

Right from the start, the experiment met with criticism, as described by Science Guide, the Young Academy, trade unions and student organizations such as ISO and LSVB. Quite soon after the experiment was introduced, also at PNN, objections from the PhD students arrived. They feel they are second-rate PhD students because they have to do the same work as “regular” PhD students but have poorer working conditions and believe that the promised benefits of the experiment, such as more academic freedom, are not being achieved.

In the spring of 2019, CHEPS research agency presented an interim evaluation. PNN believes that this interim evaluation does not provide the answers to the questions to be answered. See also our detailed response (in Dutch). Unfortunately, under pressure from the Parliament, the current Minister of Education has promised to continue the experiment. This means that universities can register again from 2020. Although, in the first instance the minister indicated that she had faith in the interim evaluation report, it was announced in October that an independent investigation would be conducted to examine this interim evaluation

With this page, we will try to keep you up-to-date on the experiment. You can also find links to publications, however most are in Dutch. Any questions on this topic may be adressed to PNN through info@hetpnn.nl.

15 May 2013: Eurodoc statement: Best practice of employee status for PhDs in the Netherlands

Are you looking for something specific? 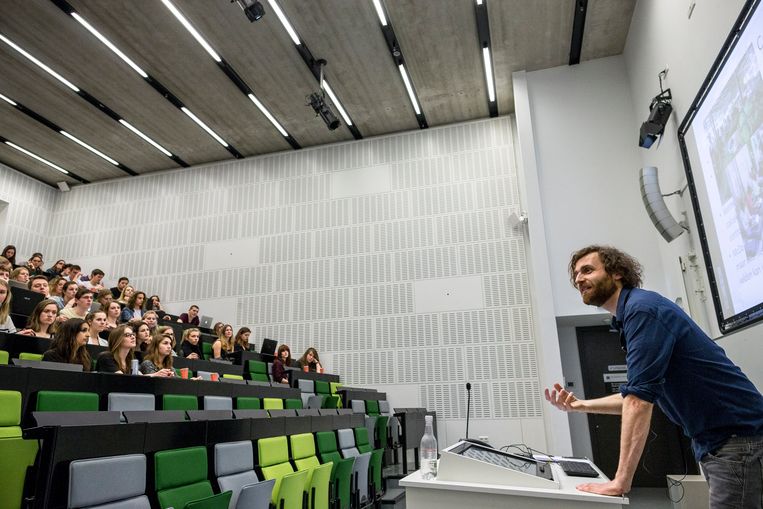 Join us this Thursday at the second of four expert meetings on the impact of Covid-19 on science, researchers and trust in science organized by @_knaw. Our chair @meaghan_polack will join the discussion and reflect on the impact of the pandemic on #PhD candidates. Sign up here👇

We need the research ecosystem to change if we want to improve #mentalhealth in #academia. The ReMO Cost network calls for institutions to create environments that nourish mental health, reduce mental health stigma, and empower researchers when it comes to well-being at work. 👉